Feedbin is a news aggregator that helps you keep up with your favorite websites, newsletters and tweets. It was started in 2013 by developer Ben Ubois. Ben and I have been working as a team of 2 since the beginning. The greatest single challenge for Feedbin is adding value and growing the service for a product people can get for free elsewhere. 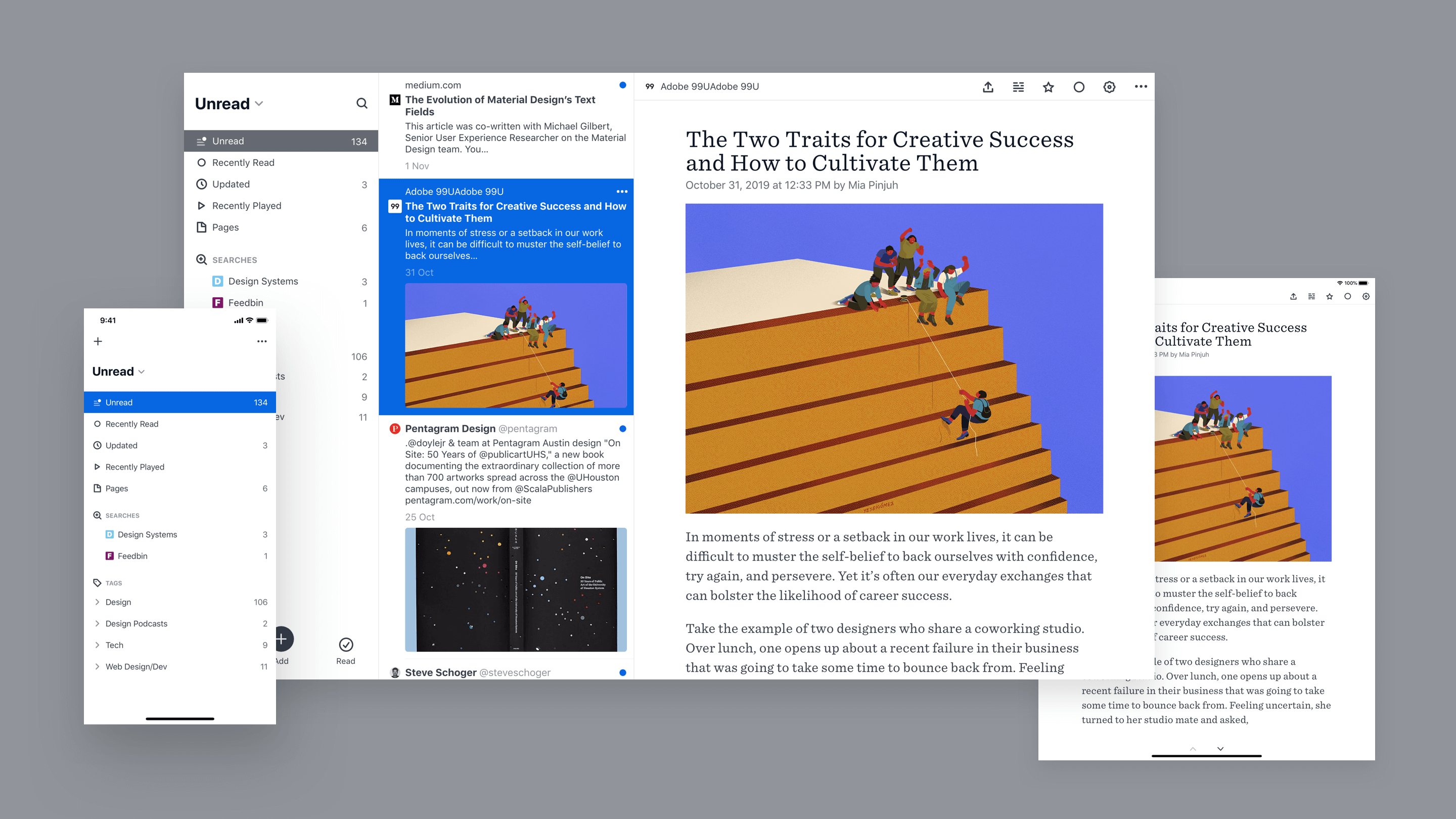 On March 11, 2013, Feedbin opened its doors for business. Two days later, Google announced it was shutting down Google Reader, the most popular RSS reader on the market at that time. The next few months were interesting for Feedbin! Whether it was intuition or luck, Google’s announcement transformed what had been a fun side project into a viable business overnight. In addition, shortly after Google’s announcement, Reeder (at that time the most popular Google reader iOS client) announced it would offer support for Feedbin first. 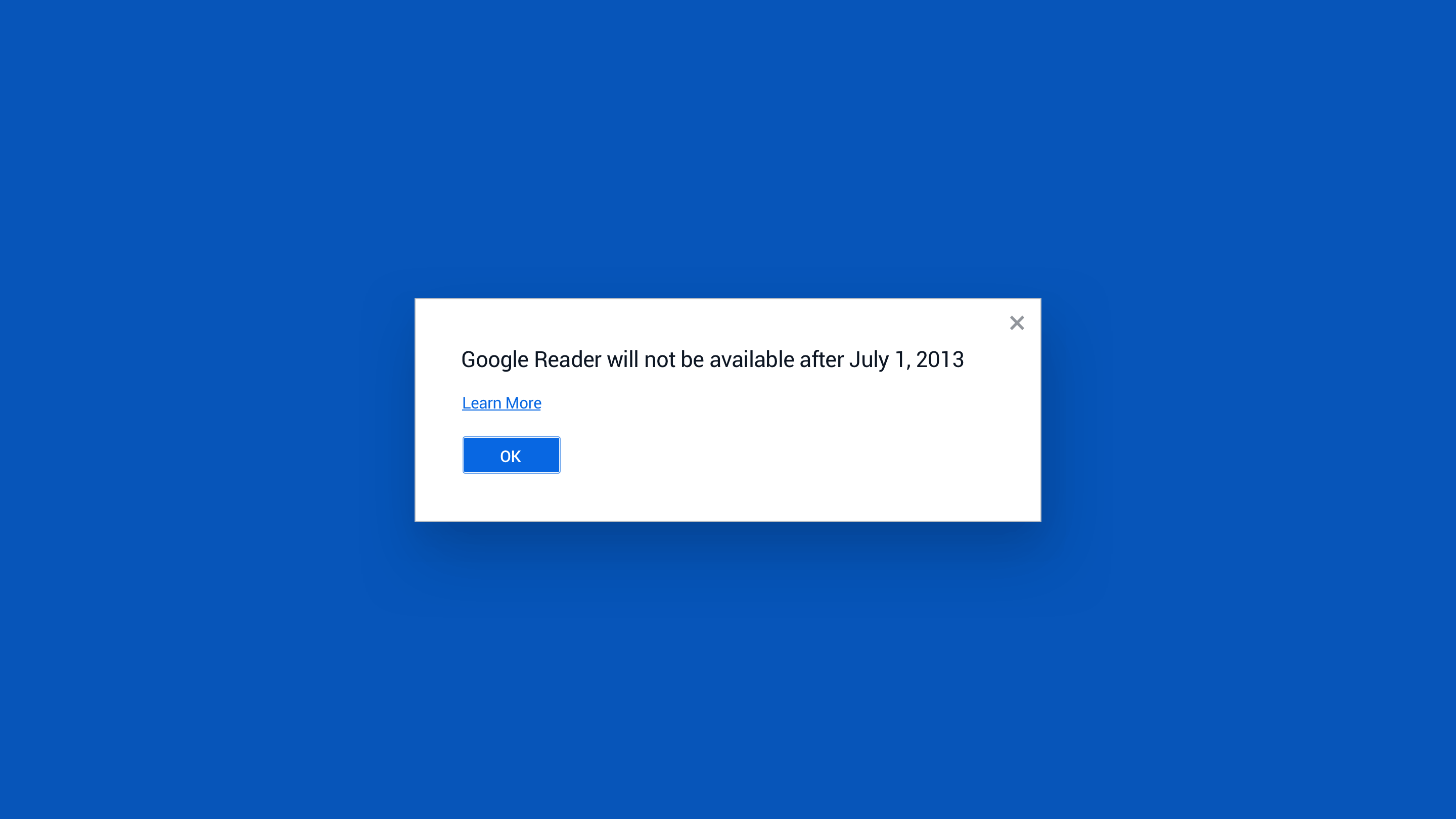 The announcement that changed everything

In the beginning, Feedbin was simply a sync service that would save customers’ reading progress and keep their starred articles up-to-date across 3rd-party apps and devices. Without a plan for growth, Feedbin would have been competing with other offerings on price and service uptime, while remaining a service people would only experience via other apps. We quickly realized that we needed to find our own product path without damaging readers’ experience in our partner apps. 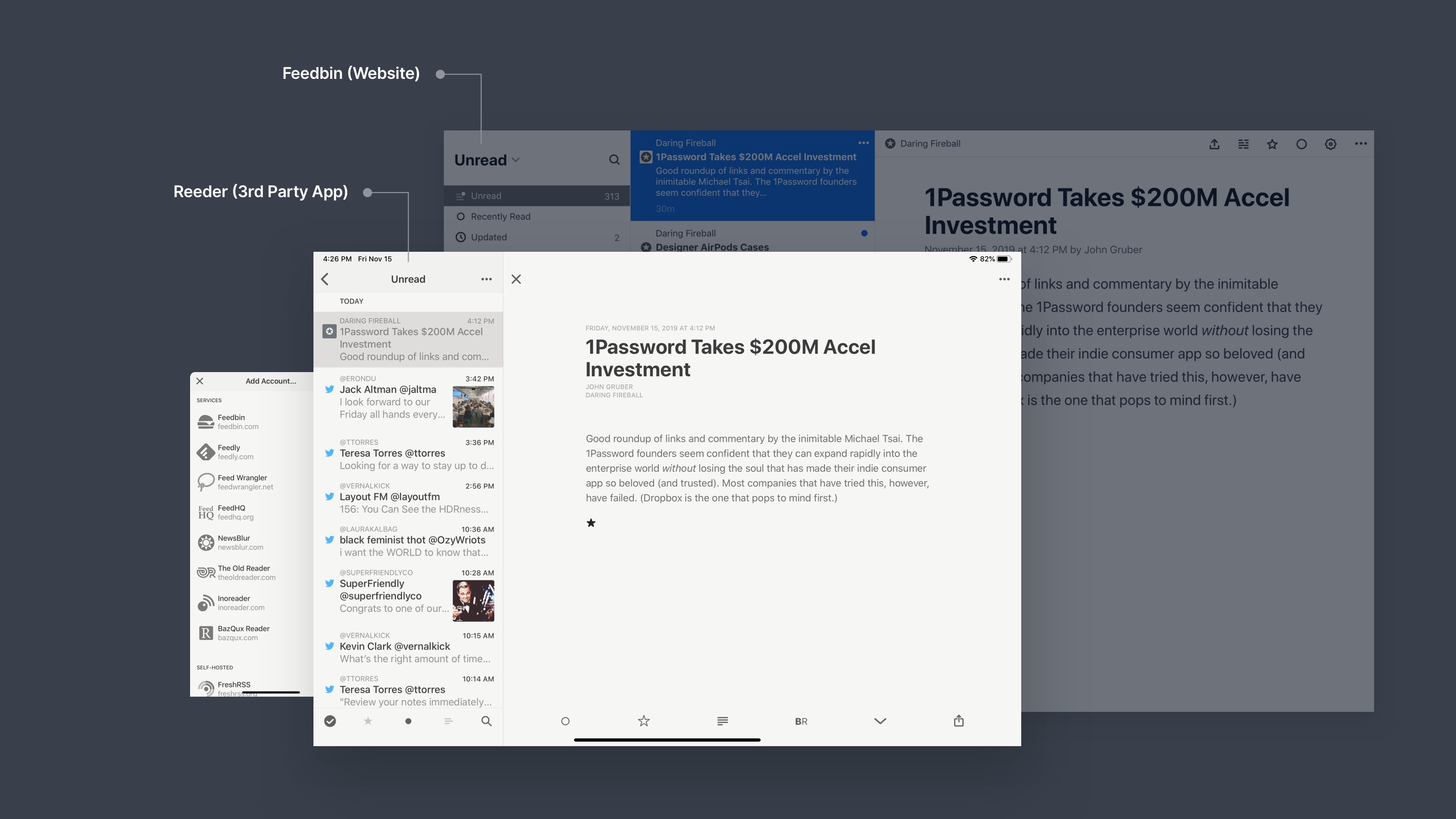 Many customers only experience Feedbin through the partner apps

A great place to read on the web

Early versions of Feedbin were built using “off-the-shelf” components and frameworks. We pushed that as far as we could and soon realized we needed to rebuild, focusing on making Feedbin a nice place to read. To us, the key components of an ideal reading experience were typography and adaptability. To that end, we sourced the best premium typography, and gave users the ability to adjust the size of type, to change the theme or background colors, and to read content in fullscreen mode. 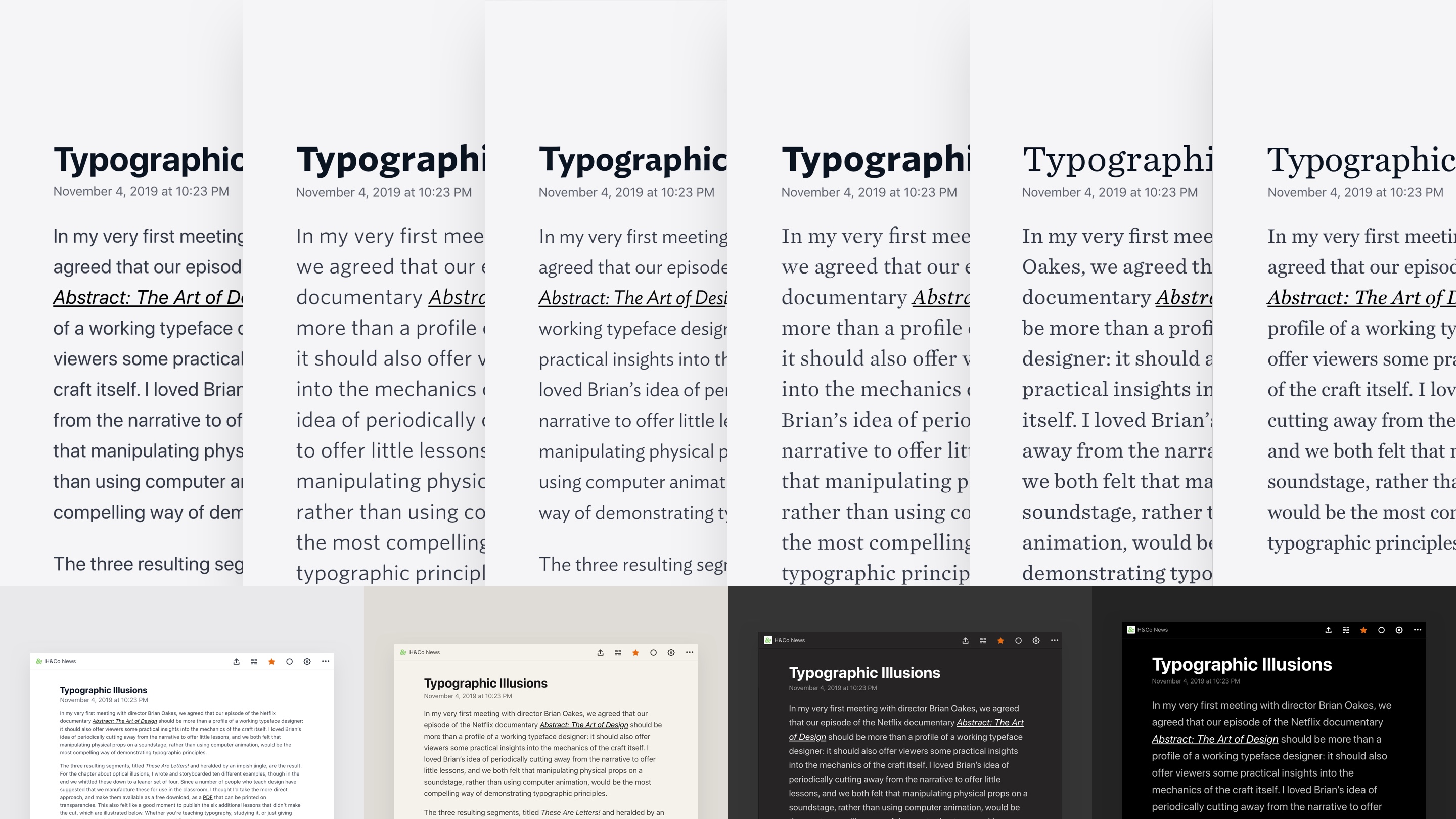 Why use RSS when you can just use social media?

Customers and non-customers told us that they would “just use social media” to get their content. In response, we looked hard at how to bring that content to Feedbin without the time-consuming distraction and interaction associated with social media. We didn’t intend to become a 3rd-party Twitter app. Instead, Feedbin created a way to to remove the interaction (eg, the ability to retweet and like something), bringing Twitter users’ content shared into a reader-friendly environment. 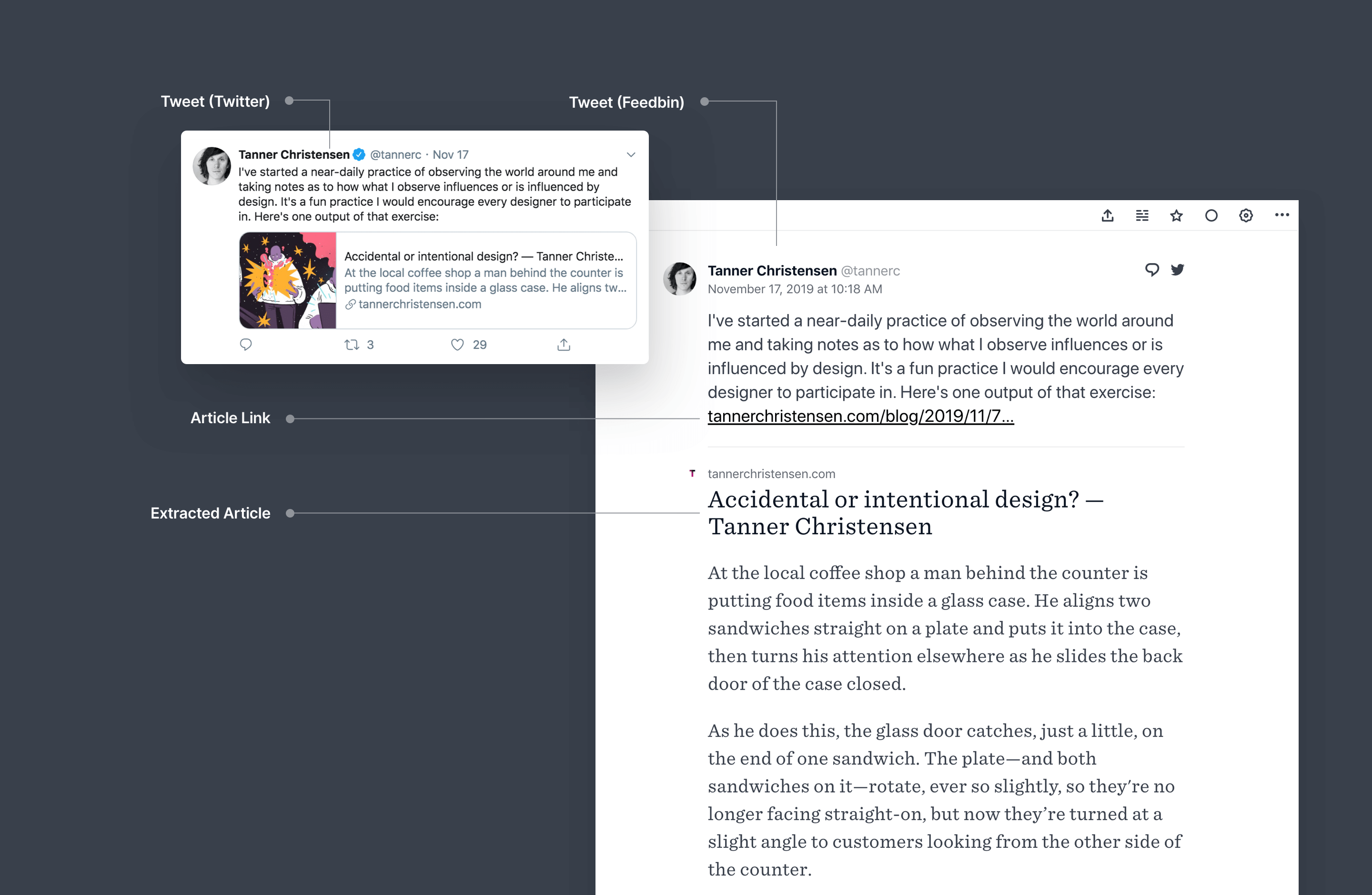 After time spent building and rebuilding the app, we finally reached a point where creating a design system for ourselves made sense. This realization set in after we spent more time trying to figure out what button or pattern we were supposed to be using than we did working on the product. Feedkit, the Feedbin design system, has allowed us to optimize Feedbin’s design components for reuse, accessibility, and flexibility. 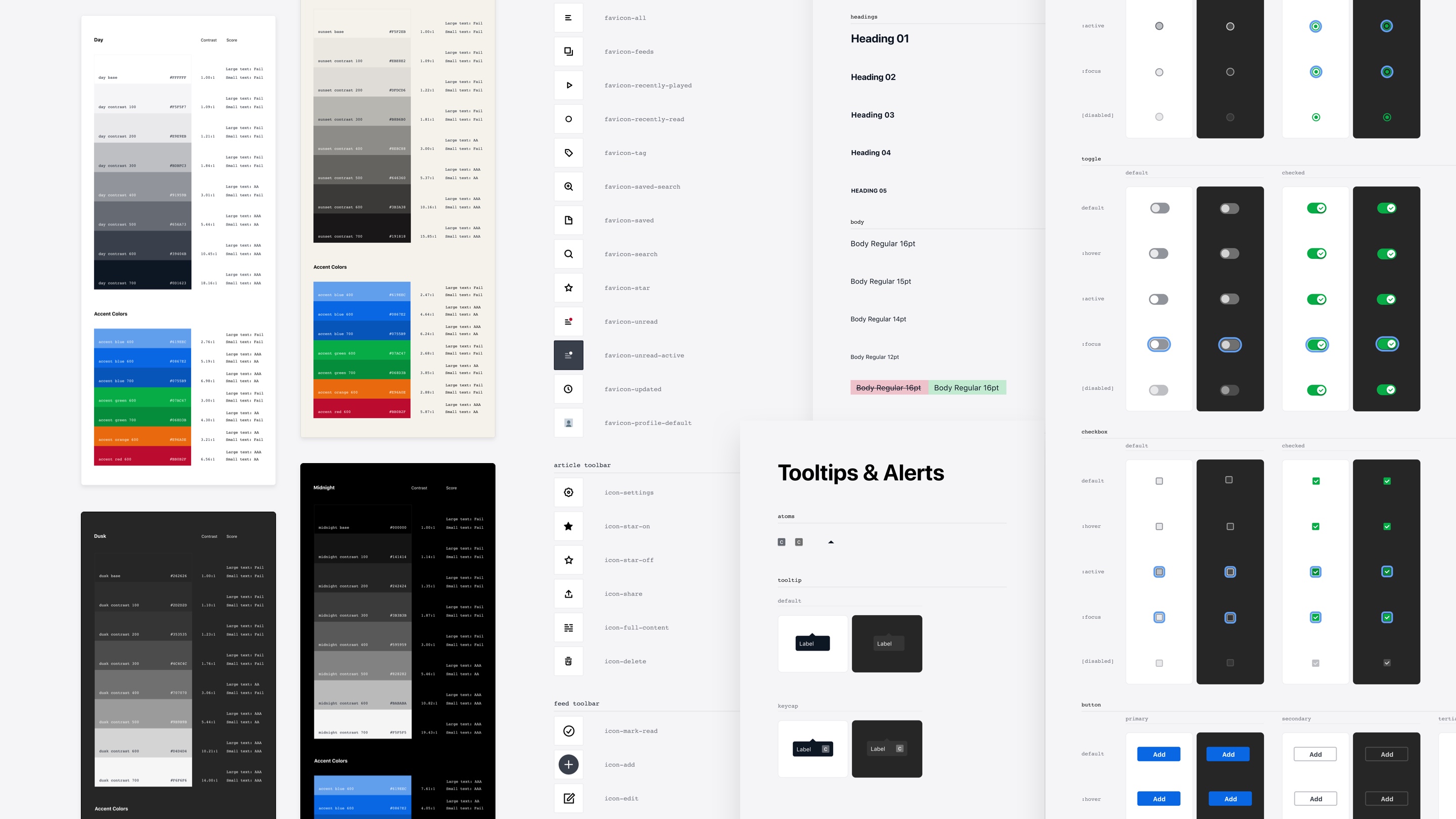 Feedbin has come a long way from its days as a background sync service. It is one of the top news aggregators in the post–Google reader era. 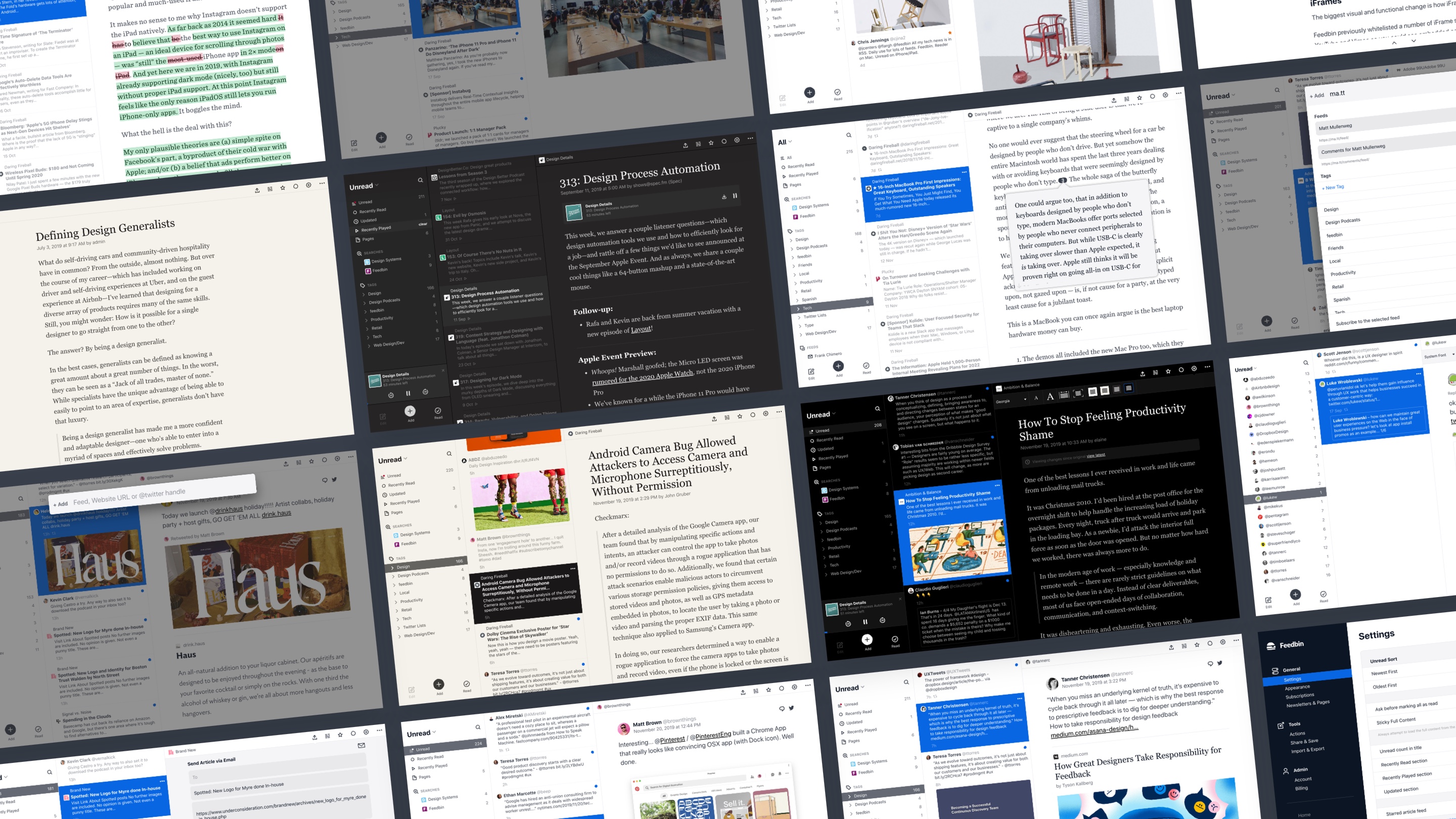